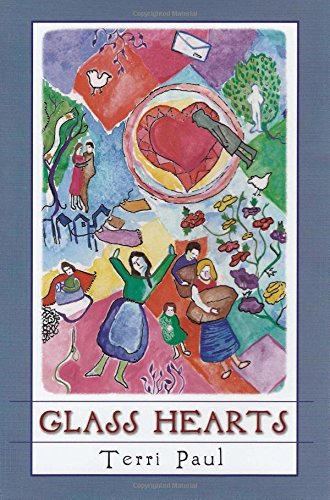 Set mostly in Hungary during WWI, Paul's first novel offers an imaginative young narrator, an attentively depicted Jewish family and a chronicle of hardships endured. When her story begins, five-year-old Serene Spirer's father has just disappeared. Serene and her siblings hear rumors that Papa has gone to America, but their mother, Rosa, pregnant with her fourth child, refuses to talk about him. Mina, the eldest, rebels by spending her days at Catholic wakes, while Serene and her brother, Sam, begin having trouble at school. The birth of a colicky sister increases family tension and further taxes Rosa, who supports them by running a tavern. As fighting spreads through Hungary, the Spirers' poverty worsens, until they must flee their village. To Serene, the family's harrowing trials are part of an intricate, mystical plan to reunite father and daughter. Serene dreams of him often and thinks she sees his ghost, who alternately comforts her and takes the blame for her family's misery: ""At first, I wished Papa would come and take me away. Later, I imagined I would lose myself among the trees, and no one would be able to find me until the following spring, when nothing would be left but a pile of bones."" Serene's ability to detach herself from the grim events around her invest this otherwise uninflected tale with an air of fantasy. Paul renders colorful supporting characters--from peevish Grandma Spirer to gentle Aunt Gizella. The heavy burdens the Spirers must bear, and the oddity of Serene's visions culminate in the heartwarming final chapter, in which Papa rejoins the family in America. (June)
close
Details