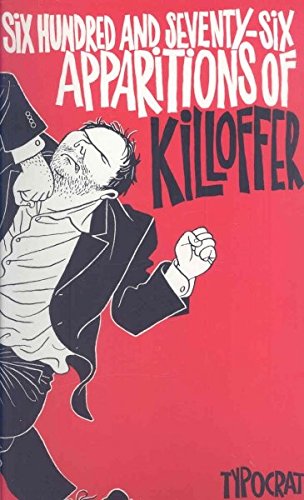 Originally published in French in 2002, this oversized, delirious graphic novel is a monument to terrified solipsism. Killoffer, a single-named cartoonist with a magnificently protean line, has left a sink full of dirty dishes in his Paris flat while he goes off to Montreal. Fantasizing about the local girls, he imagines that the world is full of "human humus." After 10 pages, the text ends and Killoffer's imagination drifts to the idea of duplicates of himself, with the same rumpled suit, mussed hair and three-day growth. He wakes up in bed next to himself, fights himself, finds an apartment full of chain-smoking Killoffers, gangs up with himself to rough up men and grope women. As the feverish, wordless fantasy progresses, it grows increasingly ghastly: one Killoffer, horrified at a gang-rape by versions of himself, races home to an orgy of Killoffers who beat and rape him in turn. The story culminates in a frenzy of narcissistic violence, with versions of himself as murderer, murderee and mess; every rivulet of blood threatens to become yet another Killoffer. Not for the faint, but a fantastic, imaginative evocation of body-horror.