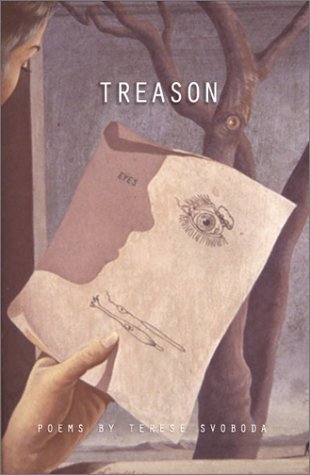 Moods wash through this poet and fiction writer's () fourth book of lyrics with an uncompromising, catch-me-if-you-can ineffability. "The Nickel Wife" is as inchoate as overheard conversation, with no single detail giving away entirely what the poem might be about ("You don't hear their words/ turn dull, his third glass/ empty"), and word play does a lot of work throughout (one poem derives the word "Mehta-physics" out of a child's desire to embrace an Indian nanny). Yet Svoboda has a knack for gem-like couplets, fluid free verse and curious off-rhymes linking several lines back to their sonic progenitors. Some specific themes get lost in the shuffle: a section concerned with African war and politics generally offers little more than a tragic, phantasmagoric take on the events that inspired them, but the spare "Sex and Class and Race," concerned with a parent's feelings for lost children, works toward an emotionally fulfilling conclusion without sacrificing the arch play of puns. The short "Duet" conjures up a rich set of existential ironies and effective intimations of the animal "other" while working within the traditional motif of the sea voyage: "The emptiness of the water/ means they're hiding, not/ that the dolphins can't see us./ If they look like sharks,/ imagine what we resemble." If Svoboda seems carried away by dense musicality, allusive content and gothic twists of grammar, readers will nevertheless find the waters here teeming with life.