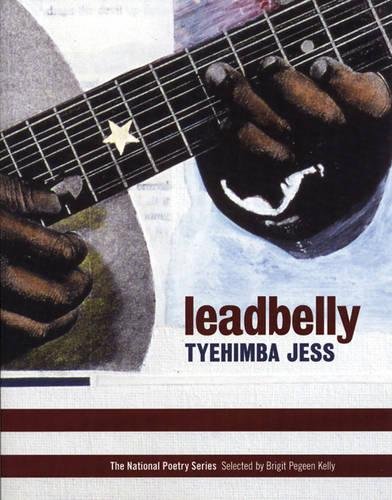 Jess' debut, an addictive amalgamation of approaches reminiscent, in its way, of Dos Passos' 1919, tells the story of Huddie William Ledbetter and his passage to becoming the blues legend, Leadbelly. Told through many voices, from his devoted wife Martha to folklorist John Lomax and his quest to ""stake his claim on the breath of each Black / willing to open his mouth and spit out / southern legend's soiled roots,"" the collection proceeds by call and response, each negation an affirmation of something else, like trading ""dry psalms...for cool cigar smoke."" In the telling of one life, a society is exposed-racist, well-meaning, violent, forgiving. And yet while the classic binaries-black and white, man and woman, powerful and powerless-play their part, the collection's strength lies in its contradictory forms; from biography to lyric to hard-driving prose poem, boast to song, all are soaked in the rhythm and dialect of Southern blues and the demands of honoring one's talent. Readers will notice these poems teach us how to read them, but more so, these poems demand performance, recalling that space beyond the page: the stage. Jess has crafted this collection in the logic of its subject, that is, rhythm and performance, proving that a good poem-slam or not-neither needs nor abandons its poet once on the page.
close
Details