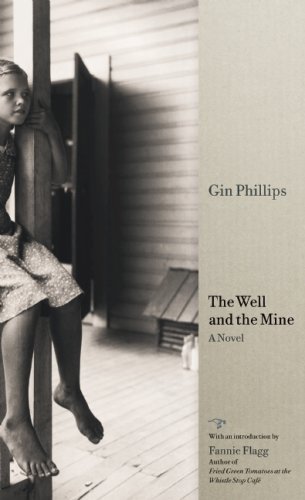 The Well and the Mine

A tight-knit miner’s family struggles against poverty and racism in Phillips’s evocative first novel, set in Depression-era Alabama. Throughout, she moves skillfully between the points of view of miner father Albert, hard-working mother Leta, young daughter Tess and teenage daughter Virgie, and small son Jack. They see men who are frequently incapacitated or killed by accidents in the local mines; neighbors live off what they can grow on their patch of land; and blacks like Albert’s fellow miner and friend Jonah are segregated in another part of Carbon Hill—and often hauled off to jail arbitrarily. When Tess witnesses a woman throwing a baby into their well, no one believes her until the dead child is found, and few are shocked. Tess, hounded by nightmares, and Virgie, on the cusp of womanhood and resistant to the thought of an early marriage to the local boys who court her, begin making inquiries of their own, visiting wives who’ve recently had babies and learning way more than they imagined. With a wisp of suspense, Phillips fully enters the lives of her honorable characters and brings them vibrantly to the page.