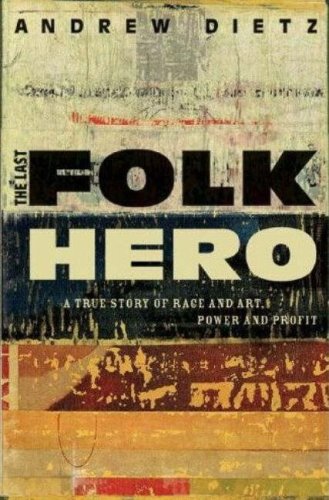 The Last Folk Hero: A True Story of Race and Art, Power and Profit

If readers haven't heard of Bill Arnett, the Atlanta art collector-dealer-patron whom Dietz reports on in this book, they'll certainly have an opinion about him by the time they close its covers. A self-made art expert who traveled the world and amassed a collection for himself, Arnett developed an interest in rural African-American folk art made by self-taught men such as Thornton Dial and Lonnie Holley, both from Alabama. In the late 1980s, Arnett offered these artists what they believed were staggering amounts of money for their work. But in the early 1990s, people began to wonder whether Arnett's deals weren't just another example of a rich, white art dealer taking advantage of poor, uneducated black artists. Arnett's deal with Dial drew, and continues to draw, particularly strong fire since Dial is illiterate, Arnett owns Dial's house and maintains complete control over the artist's dealings with the public. Dietz chronicles a number of episodes surrounding Arnett and his folk artists, including various museum shows and accompanying disagreements, leaving readers to make their own assessment of whether Arnett is a visionary champion of a new artistic frontier or simply a wealthy hoarder who thinks everyone's against him.