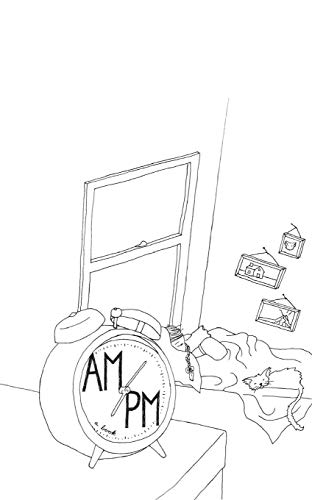 A series of brief, anecdotal episodes featuring occasionally recurring characters marks this delectable debut from Gray. Numbered from 14 to 133, and appearing on facing pages marked AM and PM, these vignettes explore the love tangles of characters like Betty and Simon, listening through the window to a screaming argument by neighbors on the street and discussing whether they should react as Raymond Carver or Superman, or Martha and Emily as they test glass tabletops (and each other) while shopping for furniture. Muted, humorous epiphanies occur: Carla, a woman with two daughters, is moving out on Andrew and trying to pack up her glassware in newspaper (“softened by the humid air”) without waking him; later, she dates the Amazing Chet, who makes his living guessing people’s weight. Friends Missy and Chastity do yoga and debate the attributes of attractive men, while Hazel, on the facing page, ponders her universal “need to express something inside of her.” At moments screwy, prickly and pleasantly surprising, Gray’s short shorts deliver youthful snapshots about being nuts in love.