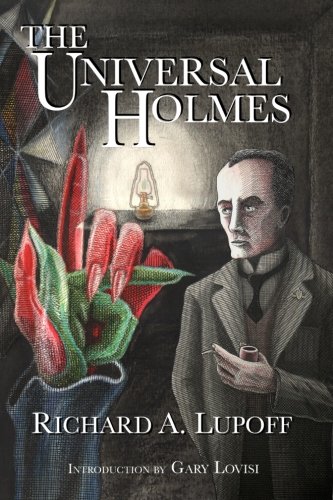 The affection of prolific fantasy author Lupoff (Marblehead: A Novel of H.P. Lovecraft) for Conan Doyle’s Sherlock Holmes and Dr. Watson lifts this collection of five previously published tales, one of which, “The God of the Naked Unicorn,” has a new ending. The strongest entry is “The Adventure of the Voorish Sign,” in which the great detective and his Boswell pursue a cult planning to liberate H.P. Lovecraft’s monstrous Old Ones. “The Adventure of the Boulevard Assassin,” written in the style of Jack Kerouac, is a curiosity perhaps best appreciated by Kerouac fans. The volume concludes on a light note with a recipe for “Giant Rat of Sumatra Stew” (chicken is an acceptable substitute). While these stories may fall short of the standard set by such masters of the Holmes pastiche as Denis Smith and Donald Thomas, Lupoff, as ever, consistently entertains. (June)