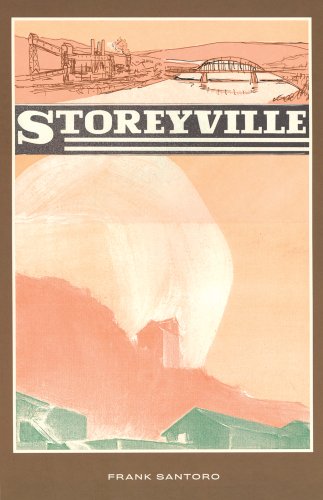 Little seen but apparently much loved by those who did, first appeared in 1995 in San Francisco as a 40-page tabloid-size newsprint comic with a three-color palate of black, ochre and dust brown. This hardbound facsimile edition, with an introduction by Chris Ware and a brief history of Santoro’s work, reveals a missing piece of the evolution of the graphic novel. Set sometime in the early 20th century, the story follows Will, a young vagrant who travels from Pittsburgh to Montreal in search of someone called Reverend Rudy. As Will vainly searches for Rudy, their relationship is told in flashback, and the story gently becomes about the search for one’s own sense of self. Languid scenes of landscape are given as much attention as panels that propel the laid-back plot. As unconventional in its form as in its subject, the easygoing, sketchy artwork pays scant attention to details such as facial characteristics, but remains bound by a strict 15-panel grid until the last page, an emotional catharsis that could only be depicted in comics. Though no longer as unique as it first was, clearly shows an influence on such cartoonists as Seth and Chris Ware.