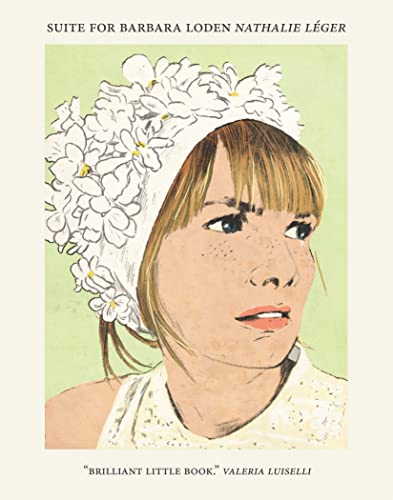 In Léger’s associative, meditative novel, what we can know of one another is whatever we can imagine. Asked to write a short encyclopedia entry about the American actress and filmmaker Barbara Loden, Léger’s narrator becomes “carried away,” unable to stick to the basic, established facts of Loden’s life, or even to what appears “imperfect, individual, accidental” about her subject. Accordingly, Léger eschews the brief encyclopedia assignment, instead structuring the text like a musical composition in which certain notes sound again and again. Unable to access Loden’s journals, the narrator writes scene-by-scene descriptions of Loden’s single film, 1970’s Wanda, interspersing these with scenes from her own investigation, which brings her to New York, Connecticut, and “soot-stained” Pennsylvania coal country, where Wanda was shot. A novel by Loden’s husband, the director Elia Kazan, seems to be full of “things Barbara used to talk about,” and an actress friend quotes Flaubert, suggesting that “everything we invent is the truth.” But Barbara herself remains elusive: “A woman... pretending to be another, in a role she wrote herself, based on another... playing not herself but a projection.” Loden said she made her film “as a way of confirming my own existence”; brief appearances by the narrator’s mother, another woman who, like Wanda’s heroine, once found herself adrift, will suggest to readers that the search for another is also our common, constant labor: the creation of a self. (Oct.)
close
Details