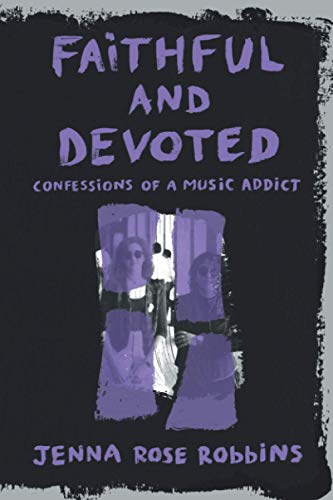 Faithful and Devoted: Confessions of a Music Addict

Freelance writer and editor Robbins presents a vivid account of a week she spent in 1993 following new wave band Depeche Mode while they were on tour in Europe. Robbins and her friend Marta attended concerts in Spain as part of the band’s tour supporting its Songs of Faith and Devotion album. It’s a slim premise for a memoir, but the result is an intriguing account of one woman’s fandom. In Pontevedra, Robbins and Marta met an American stagehand who gave them front row tickets, where their shrieking drew the attention of the lead singer, Dave Gahan, who thrust his hips at them “in a trademark move that would have made Elvis blush.” In Madrid, they sneaked into an alcohol-fueled, post-show nightclub party where Robbins fell asleep on band member Alan Wilders’s lap. And in Barcelona, she was trampled by fans stampeding to enter the concert (“stomped back to the pavement, my head and legs crushed against the bars of the barrier again and again”). Throughout, she shares descriptions of the band’s music, with crowds “singing along as if to hymns,” and her personal “euphoria of experiencing simultaneously the emotions of those around me.” The result is an entertaining if slight fan’s tale of obsession. (BookLife)

Correction: An earlier version of this review misspelled the name of the town Pontevedra.