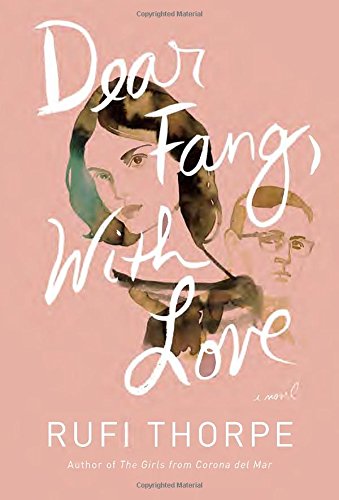 Describing the Vilnius, Lithuania, where she’s gone on a summer history tour with her father, 17-year-old Vera emails her boyfriend, Fang, back in California: “So there is a thing called baroque architecture, and the word baroque means ‘imperfect pearl,’ which I think should be made into a sexual euphemism for clitoris.” The epistolary form is often an obstacle for writers, but these emails, interspersed throughout the book—otherwise narrated by Vera’s father, Lucas—bring tremendous depth and texture to the narrative, and also showcase Thorpe’s (The Girls from Corona del Mar) fabulous versatility, insight, and humor. Lucas and Vera are getting acquainted with the father-daughter relationship, as well as the country where they’ve arrived. Lucas didn’t meet Vera until she was four, and spent only weekends with her several years after that. Their sudden close companionship comes in the wake of Vera’s recent psychotic episode, after which she was diagnosed with bipolar disorder, which Lucas is struggling to accept and hoping to understand better over the course of the trip. Lucas, whose grandmother hailed from Lithuania, comes with a fair number of his own emotional complications, including his mythic and tangled ancestry. But while the themes of the book—mania, the Holocaust, and the devastating number of ways that any parent-child dynamic can go awry—are undeniably dark, Thorpe’s prose is light, often hilarious, and unshakably grounded in the concrete details of daily life. The story wraps up a bit too tidily, but Thorpe has written an absolute winner. (May)
close
Details