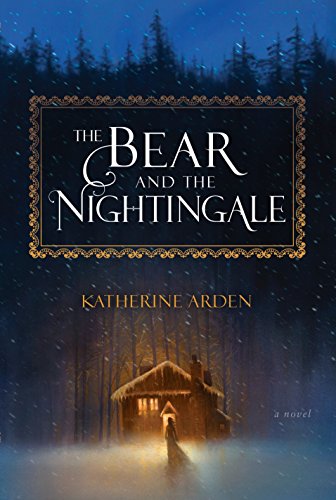 The Bear and the Nightingale

Arden’s debut is an earthy, beautifully written love letter to Russian folklore, with an irresistible heroine who wants only to be free of the bonds placed on her gender and claim her own fate in 14th-century Russia. Vasilisa “Vasya” Petrovna’s mother, Marina, died while giving birth to her. Her father, Pyotr Vladimirovich, loves her; he also resents her for his beloved wife’s death. But Marina made Pyotr promise to take good care of Vasya, saying that she was special, and indeed she is. While her father and brothers seek marriage arrangements among royalty in Moscow, Vasya, now a teenager, refuses to be married off; instead she wanders the verdant woods of her father’s rural estate, communing with spirits of home, wood, and water. When a young, arrogant priest is sent to her village, the people turn away from their old ways, and the spirits that keep them safe begin to fade. It’s up to Vasya to protect them, but her father marries Anna, the daughter of Grand Prince Ivan II, who believes the wood spirits are demons and wants to kill Vasya or confine her to a convent as punishment for consorting with them. As a fierce winter storm rages, Vasya must save her family while embracing the magic that lives inside her. The stunning prose (“The blood flung itself out to Vasya’s skin until she could feel every stirring in the air”) forms a fully immersive, unusual, and exciting fairy tale that will enchant readers from the first page. Agent: Paul Lucas, Janklow and Nesbit. (Jan.)
close
Details