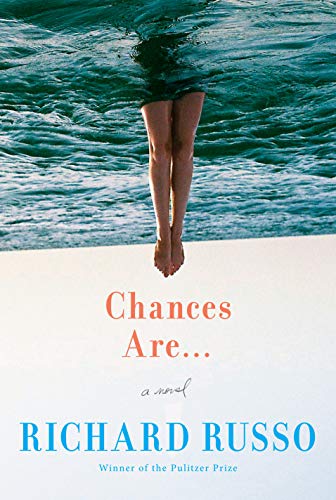 Russo’s first standalone novel in a decade (after Everybody’s Fool) mixes his signature themes—father-and-son relationships, unrequited love, New England small-town living, and the hiccups of aging—with stealthy clue-dropping in a slow-to-build mystery about a young woman’s 1971 disappearance. Set mostly in Martha’s Vineyard circa 2015 with flashbacks to the characters’ coming-of-age in the 1960s and ’70s, the story follows three college buddies who, now in their mid-60s, decide to reunite on the island. There’s Lincoln, a happily married and successful real estate broker with six kids; Teddy, an editor and publisher of a small university press who’s prone to panic attacks and disorienting spells that leave him depressed; and Mickey, a musician renowned for his ability to rock hard, play hard, and sometimes beat up anyone in his way. Then there’s the missing link—gorgeous Jacy, the “three musketeers’ ” closest gal pal from college and secret crush—who was engaged to “privileged, pre-school, Greenwich, Connecticut” Vance, and had joined her boys at Lincoln’s Vineyard cabin for one last hurrah before she vanished. Relayed in alternating chapters from mostly Lincoln and Teddy’s perspectives, the narrative touches on the Vietnam draft, Lincoln’s complicated relationship with his dogmatic father and meek mother, and an accident that befalls Teddy. In the final stretch, surprising, long-kept secrets are revealed. This is vintage Russo. (July)