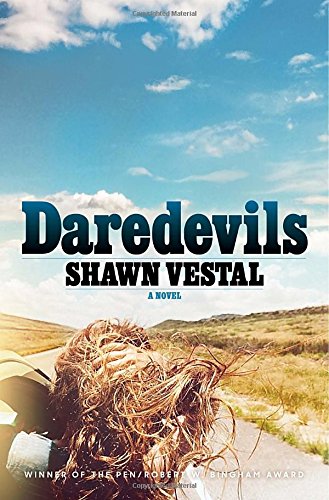 Set during the transformative 1970s, Vestal’s (Godforsaken, Idaho) vibrant, compelling first novel features a restless protagonist: Loretta, 15, who is resistant to her strict Mormon upbringing near Short Creek, Ariz., and is caught sneaking out to see her secret boyfriend, Bradshaw. Fearing that her “soul is in peril,” Loretta’s father marries her off to a devout fundamentalist and polygamist, Dean Harder, to become another mother to his ever-expanding brood of seven children. Her new role as sister wife and seminary student is repulsive to her, as she shares Dean with doting, God-fearing first wife Ruth, who is haunted by memories of when federal agents raided their encampment when she was young. Once the family relocates from rural Arizona to Idaho, Dean’s plucky teenage nephew Jason, an Evel Knievel devotee, recognizes Loretta as a girl who “doesn’t belong,” becomes enamored with her, and morphs into the ideal escape she needs, with a stash of gold along for kicks. The book is stocked with vivid characters, such as Jason’s best friend, Boyd, and Evel Knievel himself. Vestal has created a riveting, rollicking thrill ride about throwing caution to the wind. Agent: Renée Zuckerbrot, Renée Zuckerbrot Literary Agency. (Apr.)
close
Details