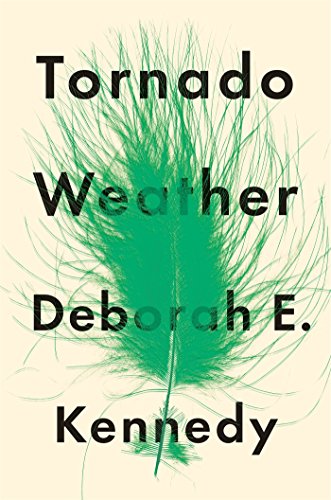 Kennedy’s heartbreaking debut novel captures the warped and isolated landscape of today’s American Midwest. Narrated by myriad characters whose voices swirl into a vortex that becomes, literally, a tornado, the story hangs ever so loosely on the disappearance of Daisy Gonzalez, daughter of a local schoolteacher in Colliersville, Ind., who was disabled in the hit-and-run that killed her mother three years prior. The owner of a dairy farm nearby has replaced all his workers with Mexican laborers, and tensions in the community run high. Colliersville has only one policeman, but many others in town feel responsible for the missing girl, and a search ensues. Hector, Daisy’s devastated father, cannot teach, nor eat, nor fathom what has happened. Fikus, the bus driver who left Daisy alone on the street the day she disappeared, convinces his old workmate, Irv, a hermit roadkill collector, to help him search for clues. Wally, adult child of the dairy farm owner who works at the local hair salon and wants to be called Willa, has an opinion about Daisy’s disappearance, but Trevor, who talks to animals, knows better. Though this story is hung on a child gone missing and a tornado on the horizon, the focus is the flawed folks who people it. The author is a fine mimic, inhabiting her characters in such a way that we know them from the inside out. The denouement, coming as it does from a surreal, bird’s-eye view, is very strange indeed. Kennedy’s superb chorus leaves an indelible impression. (July)
close
Details