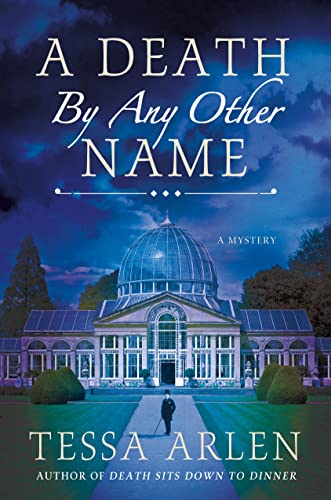 A Death by Any Other Name

Arlen recreates a richly detailed pre-WWI England, seamlessly weaving historical events and people into her well-written third Lady Montfort mystery (after 2016’s Death Sits Down to Dinner). Beryl Armitage, a cook who was dismissed for accidentally fatally poisoning one of her employer’s guests at Hyde Castle, begs Clementine Talbot, Countess of Montfort, to help clear her name. The countess and her redoubtable housekeeper, Edith Jackson, visit the scene of the crime, where they meet the members of the Hyde Rose Society, including Maud Haldane, the browbeaten wife of the master of Hyde Castle; the poisoning victim’s bereft widow; and a fussy Scotsman with a sixth sense. Mrs. Jackson, a talented but reluctant investigator, is uncomfortable crossing the strict class barriers of the day. But she’s fiercely loyal to Lady Montfort—and enjoys sleuthing more than she will admit. Lovers of traditional English country house mysteries will enjoy this story very much. Agent: Kevan Lyon, Marsal Lyon Literary Agency. (Mar.)

A previous version of this review misspelled the name of the character Montfort.