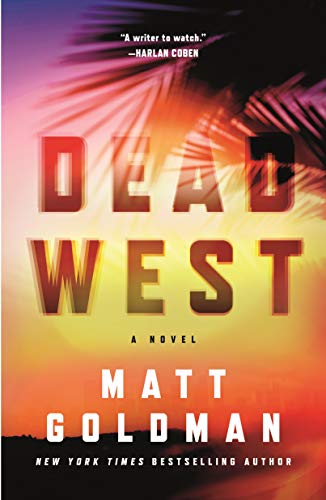 In bestseller Goldman’s excellent fourth mystery featuring Minneapolis PI Nils Shapiro (after 2019’s The Shallows), Beverly Mayer, a grumpy matriarch, hires Nils to check on her grown grandson, Ebben, who she believes is wasting his time in the movie business. Ebben, whose fiancée has just died, is trying to launch a creator-focused studio, but Nils suspects that Ebben’s fiancée was murdered and that Ebben himself might have been the target. Along with his good friend Jameson White—a nurse and former athlete fighting inner demons after being on shift during a school shooting—Nils dives into the L.A. scene, meeting mysterious East European mobsters, attractive screenwriters, powerful agents, and plenty of others who might have wanted to kill Ebben. Goldman wisely keeps the Hollywood satire to a minimum, focusing instead on the actual detective work, the very real dangers Nils faces, and emotionally grueling issues Jameson is attempting to process. Goldman takes a classic trope—a working-class private detective set loose in Hollywood—and squeezes enough originality out of it to make for a dazzling tale. [em]Agent: Jennifer Weltz, Jean V. Naggar Literary. (June)

Correction: An earlier version of this review incorrectly noted this is the third book in the series. Also, due to a production error, the review originally published without its star.