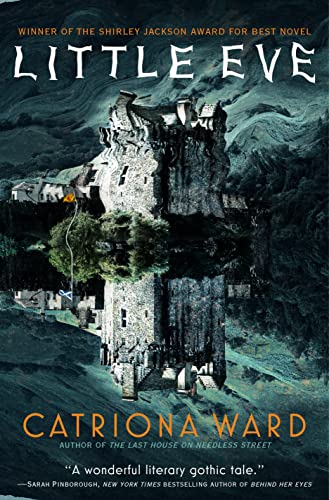 This powerful novel from Ward (The Last House on Needless Street), originally published in the U.K. in 2018, won the August Derleth and Shirley Jackson awards. Justifiably so, as Ward’s skillful weaving of horror and mystery forms a dense, rich tapestry. In 1921, Little Eve commits a mass murder so heinous that, a quarter-century later, the villagers of Loyal still whisper about her attack on those with whom she shared the island of Altnaharra: cult leader Uncle, who ruled with honeyed fingers and the bite of a captive snake; Nora, perpetually pregnant; Dinah, tempted by the wider world; and Baby Elizabeth, a mute and filthy 11-year-old. Multiple narrative voices fill in the details of what happened, which initially appears to be a familiar, albeit exceptionally well-told, description of an incestuous cult devolving to its horrific end. Then Chief Insp. Christopher Black, in an improbable white suit, meets Eve on a woodland path, and the expected trajectory shifts deliciously. Ward works in so many motifs—Bible resonances, colonialism, science versus faith, and the pall of war, to name just a few—that the play of imagery is as engrossing as the plot twists, making this a rewarding outing from any angle. Horror fans won’t want to miss this. (Oct.)
close
Details