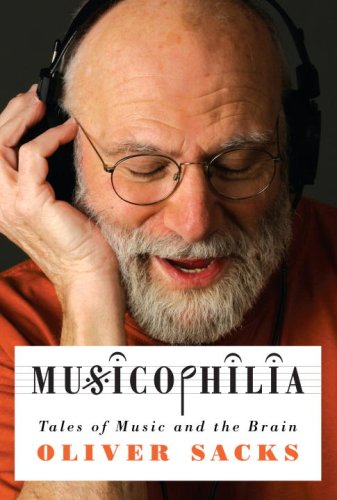 Musicophilia: Tales of Music and the Brain

Sacks is an unparalleled chronicler of modern medicine, and fans of his work will find much to enjoy when he turns his prodigious talent for observation to music and its relationship to the brain. The subtitle aptly frames the book as a series of medical case studies—some in-depth, some abruptly short. The tales themselves range from the relatively mundane (a song that gets stuck on a continuing loop in one's mind) through the uncommon (Tourette's or Parkinson's patients whose symptoms are calmed by particular kinds of music) to the outright startling (a man struck by lightning subsequently developed a newfound passion and talent for the concert piano). In this latest collection, Sacks introduces new and fascinating characters, while also touching on the role of music in some of his classic cases (the man who mistook his wife for a hat makes a brief appearance). Though at times the narrative meanders, drawing connections through juxtaposition while leaving broader theories to be inferred by the reader, the result is greater than the sum of its parts. This book leaves one a little more attuned to the remarkable complexity of human beings, and a bit more conscious of the role of music in our lives.