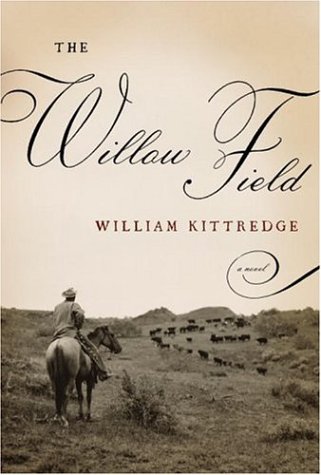 Memoirist and story writer Kittredge's first novel (after and ) tells the life story of Rossie Benasco, the ornery son of a Reno, Nev., casino pit boss who, at age 15 in the early 1930s, takes work as a "wrango boy" at a Nevada ranch owned by retired rodeo legend Slivers Flynn. Rossie's intimate relationship with Slivers's daughter causes Slivers to give Rossie a choice: run a couple hundred horses to Calgary or stay and "have a mess of redheaded kids." Rossie chooses the thousand-mile trek and, at trail's end, falls for Eliza Stevenson, the beautiful and pregnant (the father "went batshit" and is in prison for assault) daughter of a Scottish businessman. Eliza's father deeds the family's Montana farm to Rossie to nudge him into marrying Eliza, and the couple seal their relationship with the birth of a son and a wedding. Kittredge moves Rossie along with a compelling confidence: Rossie learns to run a farm, watches his son mature and adopts an orphaned girl before joining the Marine Corps in December 1941; he is shot by a fellow soldier and spends most of his tour working as a supply clerk. Years later, his children grown, Rossie gets involved in local and state politics, which proves to be as perilous as the Pacific theater. Kittredge balances earthy dialogue with lyrical prose to create a memorable evocation of the American west.