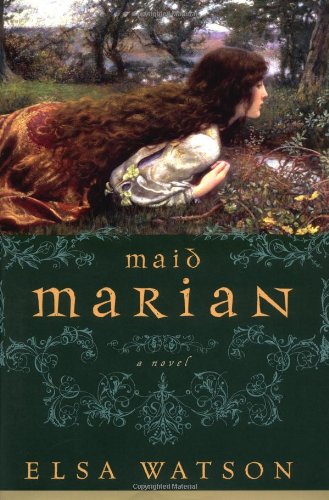 Light and entertaining, if occasionally cloying, this debut novel presents an account of Maid Marian, the legendary romantic interest of Robin Hood. An orphaned heiress, Lady Marian Fitzwater struggles against scheming, duplicitous relatives for the right to her own lands. At age five she is married to Hugh of Sencaster, who dies suddenly and under dubious circumstances, when she is 17 and before the marriage is consummated. As an orphan, Marian is a ward of the king, England's beloved Richard the Lionheart. But both Richard's powerful mother, Queen Eleanor, and the mother of Marian's dead husband, Lady Pernelle, want her hastily remarried so that her lands and fortune may be seized. Marian decides to enlist the help of Robin Hood and his band of populist outlaws to intercept correspondence and see what plans are being made for her. With Robin's help, she discovers that she is now promised to Hugh's brother, Sir Stephen, and realizes that her life will be in jeopardy once she is married to Stephen and her lands secured. Robin, now enamored, helps Marian escape days before the menacing second marriage. Their relationship deepens, developing into rather treacly love ("I strode off with Robin the following day with a song in my heart"). The book comes alive in its last act, when Marian returns, disguised as a servant, to Lady Pernelle, in a plan to regain control of her lands and her future. While readers are asked to suspend disbelief (can we really believe that because Marian hennas her hair her former mother-in-law won't recognize her?), the tight plotting, intrigue and battles with the devious royals give page-turning momentum to the story's conclusion.