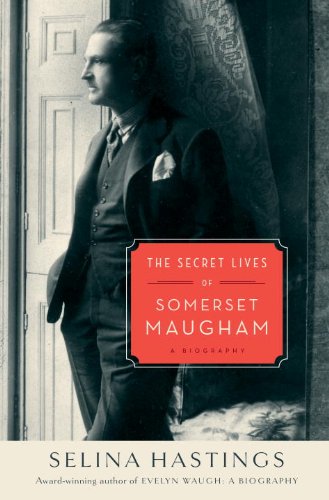 The Secret Lives of Somerset Maugham

In Hastings's new biography, the facts of Maugham's life form a fascinating narrative because they are full of public incident and accomplishment, shadowed by privately known and whispered secrets, Hastings is the first biographer with permission to quote from Maugham's private papers, and from observations by his daughter, Liza, concerning the disastrous court case instigated by his homosexual companion, Alan Searle, when Maugham (1874–1965), in his dotage, threatened to disinherit Liza. The sordid details, fully disclosed for the first time, reveal the tragic ending to a life that had produced great wealth, exotic travel, and public acclaim. Although Maugham maintained that he was “three quarters 'normal' and only a quarter 'queer,' '' Hastings demonstrates that Maugham's great love was his secretary and traveling companion, Gerald Haxton. She also documents the bitter relationship between a reluctantly married Maugham and his notorious wife, Syrie. In addition to his many homosexual love affairs, Hastings reveals Maugham's work as an espionage agent in two world wars. The biographer of Nancy Mitford and Evelyn Waugh, Hastings is a stylish and sensitive writer who addresses her subject's double life with insight and compassion. 32 pages of b&w photos.