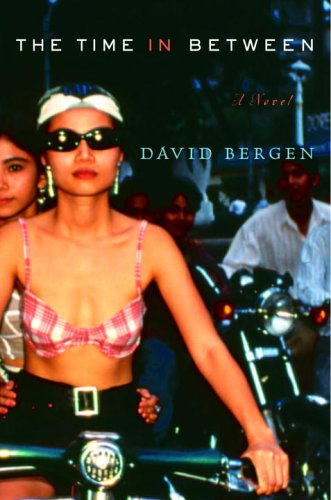 The Time in Between

Ada Boatman and her father, Charles, cross borders in Canadian author Bergen's luminous fourth novel. As their surname suggests, the in-between approximates the watery space between life and death. The narrative alternates between Ada's and Charles's points of view, between their separate experiences in contemporary Vietnam and their past together in the Pacific Northwest. Charles, an isolated American Vietnam veteran turned Canadian woodsman, raises his three children—Ada, Jon and Del—in British Columbia after their mother's death. As they scatter into adulthood, Charles retreats further into the memories (especially the terror of a single day of combat) that keep him at arm's length from life. When a fellow veteran sends Charles a novel written by a Vietnamese soldier, the story moves Charles to revisit Vietnam. There, he attempts to peel back the dark shroud of memory, but he cannot make peace and disappears instead. Ada and Jon follow their father to Danang, where they confront his past, and where Ada, whose life has been defined by her father's long sadness, learns to forsake her unmoored existence in favor of inner reconciliation. In this meditation on the aftereffects of violence and failed human connection, Bergen's austere prose illustrates the arbitrary nature of life's defining moments.