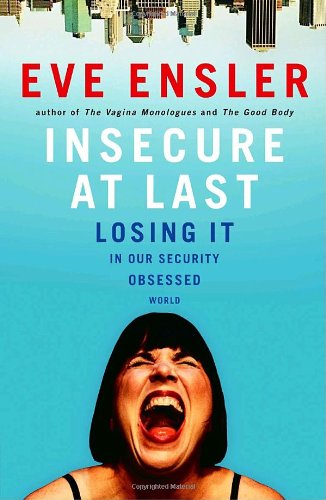 Insecure at Last: Losing It in Our Security-Obsessed World

I am worried about this word, this notion—security," writes the renowned author of at the beginning of this extraordinarily compelling, if somewhat scattered, memoir; "Why has all of this focus on security made me feel so much more insecure?" Ensler recounts her attempts to make sense of a war-ridden world in which "security" becomes both unimaginable and dangerous. Weaving together personal history (about her childhood relationship with her father, who would choke her in drunken rages and not remember the next morning), with a panoply of violent political scenarios around the world: the Serbs' use of rape to subdue Muslims in Bosnia; the public execution of women in an Afghan stadium; the unsolved brutal murders of more than 370 women in Ciudad Juarez, Mexico. Ensler aims to explicate the moments when we, often unwittingly, implicate ourselves in this violence through our need for an illusory "security." She has a vivid, startling style that is both direct and poetic, and she is able to make chilling connections—she writes that the dust that covered New York on 9/11 was the dust that she had seen "in Kabul, in Bosnia, in Kosovo." This is an important work by a major American writer.