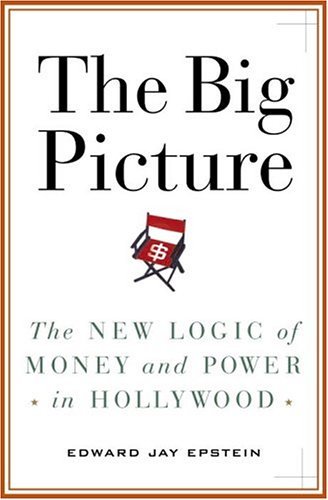 THE BIG PICTURE: The New Logic of Money and Power in Hollywood

To appear in 2003's , Arnold Schwarzenegger received a fixed fee of $29.25 million, a package of perks totaling $1.5 million and a guaranteed 20% of gross receipts from all sources of revenue worldwide. With that, writes Epstein ( ), no matter the film's box office results, "the star was assured of making more money than the studio itself." Such is the "new logic" Epstein explores in this engrossing book. Gone are the days of studio chiefs dominating their stars with punitive contracts and controlling product from script to big screen. Writers now sell their work to the highest bidder, stars have become one-person corporations who "rent" their services to individual productions, and the studios have morphed into what Epstein labels "clearing houses." These multinational corporations exist, in Epstein's description, to collect revenue from an ever-growing variety of sources—home video, overseas markets and product licensing, to name a few—and then disburse it to a fortunate minority at the top of Hollywood's food chain. Epstein explains the structure, personalities and behind-the-scenes interconnection of the "sexopoly" (the six huge media companies that control motion picture entertainment). In vivid detail, he describes the current process of how a film is made, from the initial pitch to last-minute digital editing. There's a refreshing absence of moral grandstanding in Epstein's work. With no apparent ax to grind, he simply and comprehensively presents the industry as it is: the nuts and bolts, the perks and pitfalls and the staggering fortunes that some in the business walk away with. This is the new indispensable text for anyone interested in how Hollywood works. Photos.