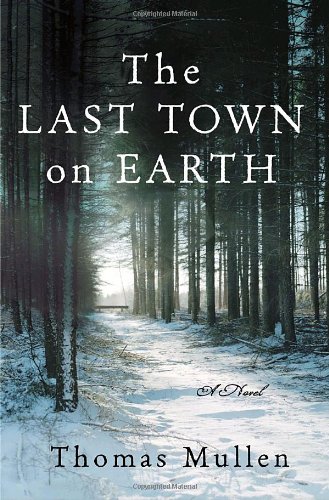 The Last Town on Earth

It is the autumn of 1918 and a world war and an influenza epidemic rage outside the isolated utopian logging community of Commonwealth, Wash. In an eerily familiar climate of fear, rumor and patriotic hysteria, the town enacts a strict quarantine, posting guards at the only road into town. A weary soldier approaches the gate on foot and refuses to stop. Shots ring out, setting into motion a sequence of events that will bring the town face-to-face with some of the 20th-century's worst horrors. Mullen's ambitious debut is set against a plausibly sketched background, including events such the Everett Massacre (between vigilantes and the IWW), the political repression that accompanied the U.S. entry into WWI and the rise of the Wobblies. But what Mullen supplies in terms of historical context, he lacks in storytelling; though the novel is set in 1918, it was written in a post 9/11 world where fear of bird flu regularly makes headlines, and the allegory is heavy-handed (the protagonist townie, after all, is named Philip Worthy). The grim fascination of the narrative, however, will keep readers turning the pages.