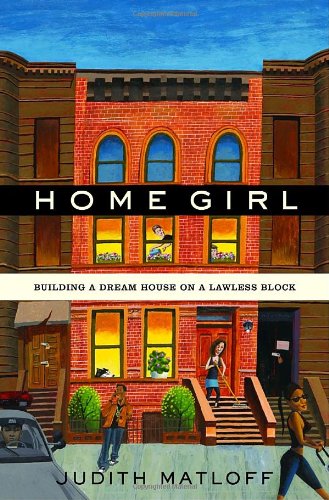 Home Girl: Building a Dream House on a Lawless Block

Although a roving international reporter used to being in the trenches, Matloff ( ) was so eager to make a nest with her new Dutch husband that she neglected to research the West Harlem, New York, street where she snagged a commodious four-story townhouse at a bargain price in 2000. “Needs TLC” indeed proved a euphemism for the decrepit state of the building, and the street hopping with Dominican drug dealers and their out-of-state, SUV-parking customers stood at the “epicenter” of narcotics trafficking on the eastern seaboard. Matloff relates with graceful humor how she had to negotiate gingerly among such resentful locals as Salami, a drug-addled squatter next door who enjoyed taunting her; the street's kingpin dealer Miguel, from whom she sought protection; and the entrenched, terrified black residents who coexisted mistrustfully with their poorer Dominican neighbors amid a kind of “social apartheid.” Meanwhile, she jump-started renovations on the house with a motley ethnic crew of bickering workers until she was finally joined by her husband, John, and their dog once John secured a visa. The couple's presence bolstered the street's activism, and along with shakeups in city politics, the state of siege began to lift and the street makeup changed. While her narrative occasionally becomes long-winded in her thoughts on gentrification, Matloff is a writing pro, sprightly and thorough in her characterizations.