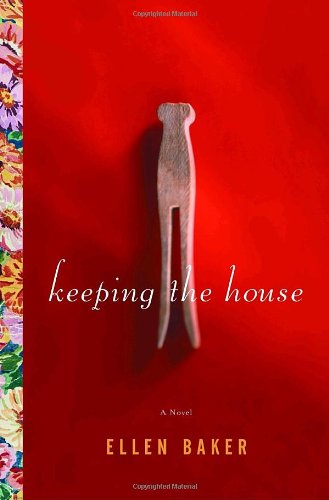 Baker's first novel is a long and uneven multigeneration family saga set in small town Wisconsin. In 1896, Wilma comes to the rough backwoods town of Pine Rapids as the alarmed new bride of a lumber baron's first son, John Mickelson. Wilma is already regretting her jump from college to matrimony when she gets off the train and promptly falls in love: first with her brother-in-law, Gust, and then with the beautiful home on a hill that is now hers. Counterpointing Wilma's unhappy trial by marriage and motherhood is a complementary story set in 1950, when another new bride comes to Pine Bluff. Unlike Wilma, Dolly Magnuson married the man she wanted desperately. Unable to conceive, she is determined to be the perfect housewife, a plan that morphs into an obsession with the old Mickelson house, now unlived in and uncared for. The novel expands to encompass the stories of the grown Mickelson children: as Dolly begins taking care of the house, and the Mickelsons begin entering and exiting it by way of a window. Stuffed to bursting with stories of love, loss, revenge, obsession, emotional and physical violence, and general familial mayhem, Baker's book makes readers work to sort out the fates of the most engaging characters.