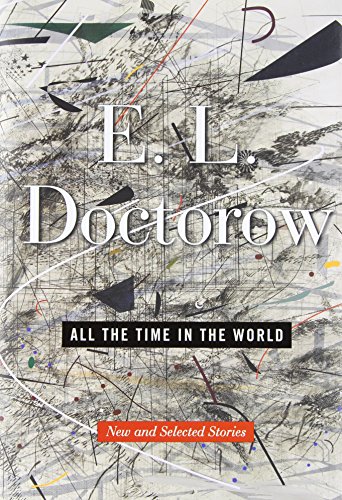 All the Time in the World: New and Selected Stories

It's best to be suspicious when a writer's topic is said to be America, but in the case of Doctorow, the claim has merit. The much lauded (three Pulitzer Prize nominations, three-time National Book Critics Circle Award winner) Doctorow writes novels—including Ragtime, World's Fair, and Billy Bathgate—that paint America in all its shine and sleaze. And, though on a smaller canvas, his short stories possess the same breadth. These stories—half of which have appeared in other collections, half collected for the first time, and one making its debut—move from the Bronx to the Midwest, from city to suburb, and feature among other characters criminals, upstanding citizens gone temporarily feral, religious cultists, and a Dylanesque songwriter who poetically writes his way through an alternate and wholly recognizable American history. The stories aren't equally strong—there's awkward dialogue in some, an unconvincing premise in "Wakefield," an ending that feels tacked on to the otherwise strong "Walter John Harmon" and, in the title story, strangeness that seems to be there for its own sake. But the strongest—"A House on the Plains," "The Writer in the Family," "Assimilation," and "Liner Notes: The Songs of Billy Bathgate"—cover an expansive terrain and combine the compact satisfactions of short fiction with a leisurely refusal to hurry. (Mar.)
close
Details