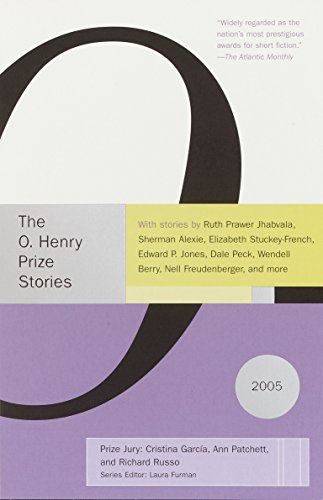 Whether culled from literary journals or glossier publications, the stories included in this year's O. Henry collection tend toward the polished, dense and emotionally complex. The best entries also add a burst of something brighter: a strong narrative voice, inventiveness or sheer exuberance. Among the standouts is Kevin Brockmeier's "A Short History of the Dead," which offers a brief but compelling take on mortality as the dead remember the final events of their lives while passing through a way station "city" before they move on to their ultimate afterlife destination. Sherman Alexie's poignant "What You Pawn I Will Redeem" follows an alcoholic, homeless Native American who finds his grandmother's tribal regalia in a Seattle pawnshop and embarks on a quixotic quest to recover his legacy. And Ron Rash's sardonic "Speckled Trout" describes an unfortunate incident in which a brash young thief briefly makes a killing when he stumbles into a hidden stash of marijuana plants, only to have the owner turn the tables by planting a bear trap near his prized crop. Much of the rest of the collection is noticeably monochromatic, with stories that revolve dutifully around relationships, exile and loneliness. Though points are scored for accomplished prose and thoughtful conceits, what's missing are entries driven by humor, dialogue and riskier, more unconventional storytelling.