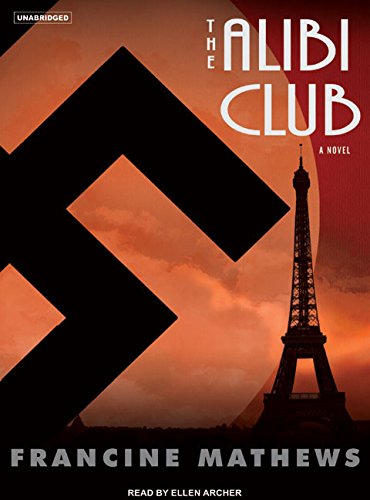 The Alibi Club is one of those Paris hot spots where Memphis Jones (a stand-in for Josephine Baker) holds sway and where both political and sexual connections are made. But on the eve of the 1939 German invasion of Paris, even the spectacular show world must pack and prepare to flee along with politicians and businessmen. Archer's challenge in performing this novel is to give voice to this polyglot community of French, American, British, German and Russian men and women. Mathew's novel is epic in scope but minor in terms of literary achievement. Archer individualizes the female characters well, aided by a good sense of accent and cadence; her men tend to sound rather alike. She also vacillates between French and English pronunciations of street names and other terms, often in the same sentence. Despite these flaws, Archer provides this thriller with enough momentum to keep the action churning along.