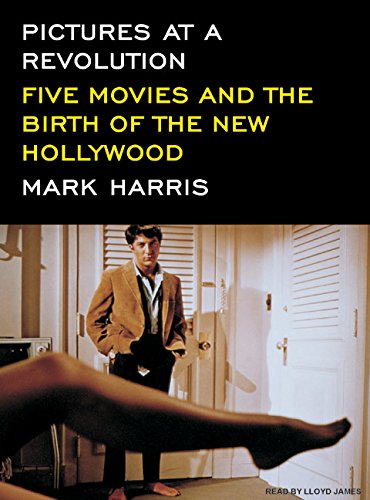 Pictures at a Revolution

With meticulous research and a masterful blending of information, Harris delivers a detailed and intriguing exploration into the significance of the five films nominated in 1968 as Best Picture for the Oscars ( , , , and ). Harris illustrates how the nominated films represented a paradigm shift in Hollywood and the country. From the origins and finessing of the scripts to the selection (or rejection) of the principal actors along with all the typical Hollywood folklore, Harris weaves the narratives of each film into one cohesive story, clearly detailing how these films were interconnected and how each reflected the changing mood of the country. In a light, calm and reassuring voice, Lloyd James reads almost flawlessly. Despite the presence of numerous popular actors in the account, James resists the urge to do impersonations and instead lets the person's words speak for themselves. This outstanding audio is intriguing, lively, entertaining and educational.