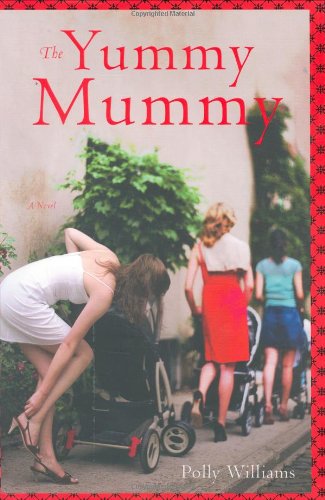 London-based journalist Williams writes for , and her debut novel features flawlessly chic celebrity moms who go deep into Gwennie-and-Apple competitive territory. Thirty-one-year-old Amy Crane, six months postpartum, is stuck between two groups of mommy friends. On one side are the women from her childbirth class, dedicated mothers whose chubby figures and comfy clothes declare, "We now put someone else's needs before our vanity." On the other side is Amy's new friend Alice, a so-called "yummy mummy," who, with her similarly slim and elegant West London friends, takes Amy on as her newest project. Soon, Amy is caught up in a whirlwind of designer shoes, fad diets, Pilates classes (complete with a troublingly handsome instructor) and Botox injections, all of which alienate Joe, her longtime boyfriend and the father of her daughter. Amy's misadventures are, for the most part, endearing, and her comic attempts to regain her pre-pregnancy lifestyle stay just this side of satire. Williams weighs in on nearly every maternal controversy (from extended breastfeeding to the return to paid employment), further prolonging Amy's inevitable decision as to the kind of mummy she wants to be. Fortunately, Williams's wit and Amy's appealing foibles will make readers stick around for her occasionally laborious journey.