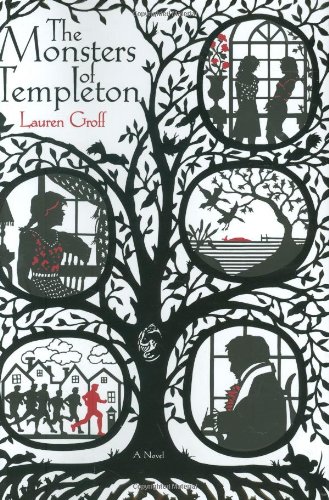 The Monsters of Templeton

At the start of Groff’s lyrical debut, 28-year-old Wilhelmina “Willie” Upton returns to her picturesque hometown of Templeton, N.Y., after a disastrous affair with her graduate school professor during an archeological dig in Alaska. In Templeton, Willie’s shocked to find that her once-bohemian mother, Vi, has found religion. Vi also reveals to Willie that her father wasn’t a nameless hippie from Vi’s commune days, but a man living in Templeton. With only the scantiest of clues from Vi, Willie is determined to untangle the roots of the town’s greatest families and discover her father’s identity. Brilliantly incorporating accounts from generations of Templetonians—as well as characters “borrowed” from the works of James Fenimore Cooper, who named an upstate New York town “Templeton” in —Groff paints a rich picture of Willie’s current predicaments and those of her ancestors. Readers will delight in Willie’s sharp wit and Groff’s creation of an entire world, complete with a lake monster and illegitimate children. ( .)