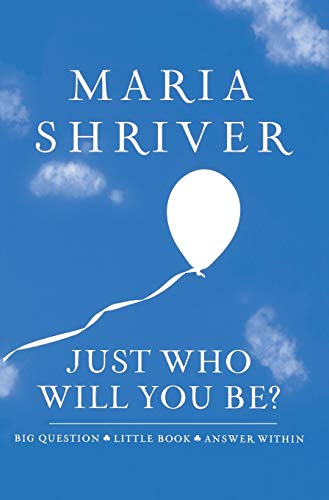 Just Who Will You Be?

This slender inspirational book is a candid self-portrait of a woman in transition. A longtime NBC anchorwoman, Shriver was thrown into a tailspin when asked to resign after her husband, Arnold Schwarzenegger, was elected governor of California; she writes, “My career was gone, and with it went the person I’d been for twenty-five years.” With a combination of self-deprecation and chutzpah, Shriver describes herself as the consummate overachiever, a “people-pleasing, legacy-carrying, perfection-seeking Good Girl,” now realizing that “asking ourselves not just we want to be but we want to be is important at every stage in our lives, not just when we’re starting out in the world. That’s because, in a way, we’re starting out fresh in the world every single day.” Reprinted in full in this book is the speech Shriver made at her nephew’s high school graduation—a humorous meditation on fame, achievement and self-worth—that inspired the writing of this book. Shriver’s earnest self-inquiry and her humility and readiness to regard herself as a 50-year-old work-in-progress make for a charming and genuinely inspiring read.