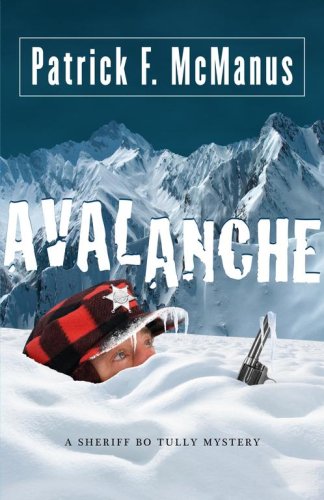 An engaging romp that recalls the best work of Bill DeAndrea, the second Bo Tully whodunit (after 2006's ) from humor columnist McManus sends the Blight County, Idaho, sheriff into the mountains after local woman Blanche Wilson reports her husband, Mike, missing from the upscale wilderness lodge the couple run. Tully heads into the field to investigate with his father (and predecessor as local lawman), a trip almost cut fatally short by an avalanche. Suspicious of the timing of that apparently natural event, Tully soon finds the corpse of Mike Wilson's business partner and a whopping motive for Blanche to have done away with them both: a multimillion-dollar insurance policy. Crime solving takes a back seat to the banter between Tully and his father ("Pap"), as well as the numerous attractive women they encounter along the way, but the solution is a logical if unsurprising one.