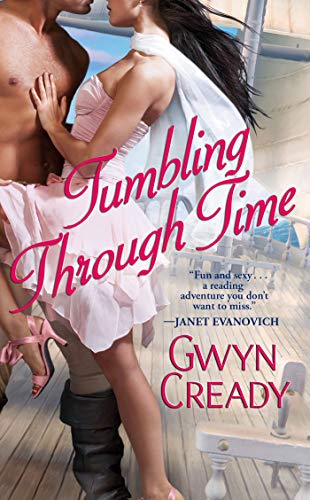 Uptight business executive Persephone Pyle tries on a pair of shoes in the Pittsburgh airport and finds herself magically whisked to a ship at sea in 1706, captained by a privateer who bears a startling resemblance to her office crush, Tom Fraser. She becomes even more bewildered when she discovers that the captain, Philip Drummond, is a character from a romance novel she's been thinking about writing. In exchange for her safe passage to Venice, Drummond orders her to help him find some crucial documents that will determine the fate of the English navy. While she's falling for the roguish Philip, she finds it necessary to travel back to the 21st century and recruit Tom's help; among the time traveling, swashbuckling and office politics, Persephone is no longer sure what she wantsâ€”or whom. Cready combines her disparate elements with fast-paced dialogue and a charming plot, hanging it all on a smart, sassy lead who's equally believable as a businesswoman and a writer. Tackling both time travel and the concept of authorial intent in fresh ways, this romance debut is a joy and its author worth watching.