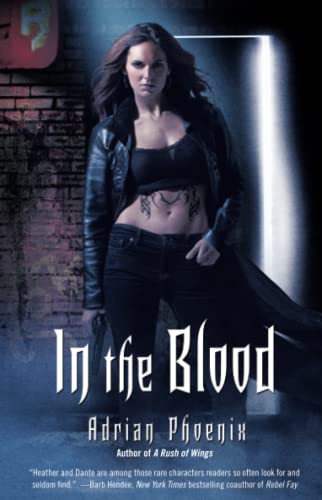 Phoenix trips the dark fantastic in this wild, bloody sequel to 2008's . Gifted musician and magic-user Dante Prejean was an experimental patient in a project to create and control murderous sociopaths for the government's covert Shadow Branch. He's also a born vampire and the child of a fallen angel. Shadow Branch agent Caterina Cortini wants to contain him; the formerly angelic Fallen want him to connect Earth and Gehenna; and Portland detective Alex Lyons wants him to cure Alex's schizophrenic twin sister. Arrayed against them are Dante's Nightkind friends; his FBI agent girlfriend, Heather Wallace; and his Fallen father, Lucien de Noir. Although Phoenix's fusion of fantasy and thriller sometimes falters, with the Earth action rather sharper than the Gehenna segments, she keeps the plot thick and the tension high.