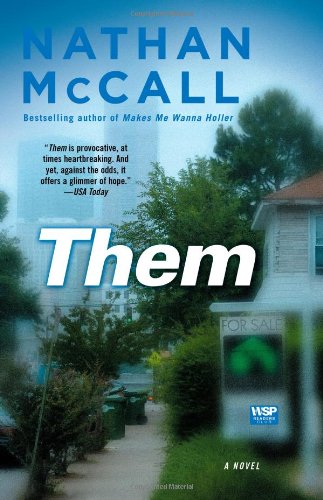 The embattled characters who people McCall's trenchant, slyly humorous debut novel (following the 1994 memoir and a 1997 essay collection) can't escape gentrification, whether as victim or perpetrator. As he turns 40, Barlowe Reed, who is black, moves to buy the home he's long rented in Atlanta's Old Fourth Ward, the birthplace of Martin Luther King Jr. His timing is bad: whites have taken note of the cheap, rehab-ready houses in the historically black neighborhood and, as Barlowe's elderly neighbor says to him, “They comin.” Skyrocketing housing prices and the new neighbors' presumptuousness anger Barlowe, whose 20-something nephew is staying with him, and other longtime residents, who feel invaded and threatened. Battle lines are drawn, but when a white couple moves in next door to Barlowe, the results are surprising. Masterfully orchestrated and deeply disturbing illustrations of the depth of the racial divide play out behind the scrim of Barlowe's awkward attempts to have conversations in public with new white neighbor Sandy. McCall also beautifully weaves in the decades-long local struggle over King's legacy, including the moment when a candidate for King's church's open pulpit is rejected for “linguistic lapses... unbefitting of the crisp doctoral eloquence of Martin Luther King.” McCall nails such details again and again, and the results, if less than hopeful, are poignant and grimly funny.