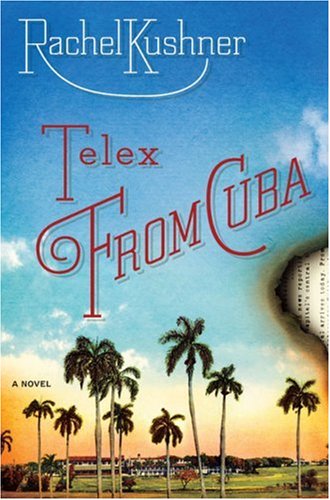 Kushner’s colorful, character-driven debut succinctly captures the essence of life for a gilded circle of American expats in pre-Castro Cuba, chronicling a mélange of philandering spouses, privileged carousers and their rebellious children. K.C. Stites and Everly Lederer are raised among the American industrial strongholds of the United Fruit Company sugar plantation and the Nicaro nickel mines. As adolescents, they are confronted by the complexities of local warfare and backstabbing politics, while their parents remain ignorant of the impending revolution. Meanwhile, in Havana, burlesque dancer Rachel K and her former SS officer companion become entangled in Castro’s revolution. Toward the end of 1957, K.C.’s brother, Del, joins the rebels, and within a month the United Fruit Company’s cane fields are ablaze. Throughout the following year, the attacks on U.S.-operated businesses intensify; political and personal loyalties are shuffled and betrayed; and the violence between the rebels and Batista’s forces escalate. The action, while slowed at times by Kushner’s tendency to revisit plot points from multiple points of view, culminates in a riveting drama. Given the recent Cuba headlines, Kushner’s tale, passionately told and intensively researched, couldn’t have come at a more opportune time.