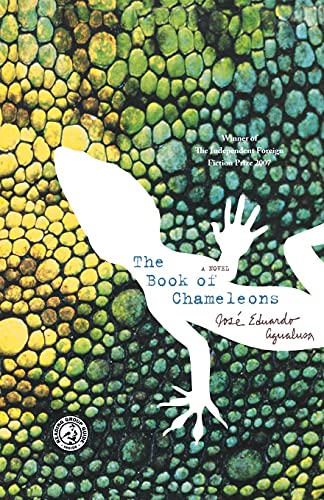 The Book of Chameleons

Lovers of stylish literary fiction will rejoice at this charming tale by Angolan writer Agualusa. The elegantly translated story is narrated by a house gecko named Eulálio, who in brief, vignette-like chapters, reminisces on his life (and past life) and observes the home of Félix Ventura, an albino Angolan who makes his living selling fabricated aristocratic pasts to newly successful citizens of the war-torn former Portuguese colony. Photojournalist José Buchmann pushes Félix's occupation into harsh reality when José looks into the past Félix has created for him, and the story shudders to a climax when Félix's allegedly fictitious history collides with reality. Eulálio is a lovable narrator, alternately sardonic and wistful; his dreams are filled with regret and powerlessness. Félix is an equally sympathetic subject, complicated by his loneliness, his fondness for prostitutes, his insistence on the honor of his trade despite its scalawag nature, and a late-blooming sweet love story. The novel's themes of identity, truth and happiness are nicely handled and span both the political and the personal. It's very touching, in a refined way.