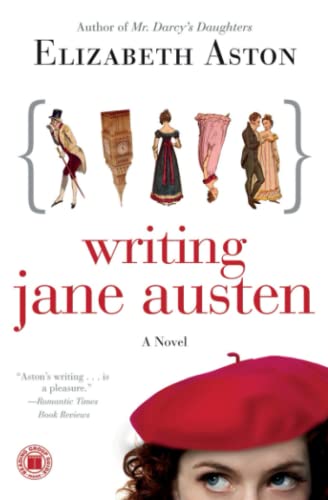 When author Georgina Jackson, stalled after one chapter into her second book, is offered a lucrative opportunity by her agent to finish an incomplete Jane Austen manuscript, she has to face up to the fact that she has never read any Jane Austen. But she needs to have a job to stay in England and she needs money to pay her rent, so she buckles down to learn about one of England's most famous authors and, in the process, learns about herself. A surrounding cast of charming characters (Henry, her landlord; his teenage sister, Maud; and Henry's Polish housekeeper, Anna), all thunderstruck that Georgina has never read Austen, are eager to help her get the job done. Despite her best attempts to procrastinate, Georgina ends up with a real appreciation for Austen and a remarkable novel to call her own. Aston writes with appreciation and respect for Austen and great affection for her own characters. Austen derivatives have become their own genre, but Aston is doing something different. She's written a witty page-turning love letter to Austen's work.