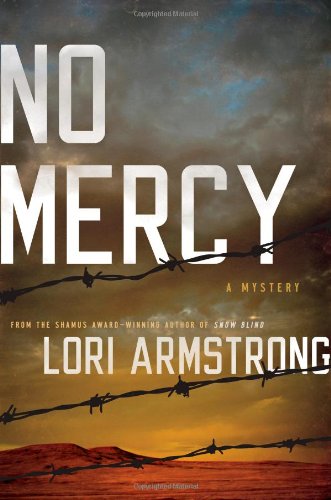 This compelling if prosaically plotted saga of dysfunctional family life, racial tension and liberated-woman romance, the first in a new series from Shamus-finalist Armstrong ( ), introduces Mercy Gunderson, a U.S. army sniper who's one-quarter Minneconjou Sioux. The discovery of a dead Indian boy on Mercy's late father's South Dakota ranch complicates her return home on medical leave. (Retinal detachment threatens her military career, while wet-work mission flashbacks disturb her sleep.) Then there's Sheriff Dawson, who, as Mercy admits after he snags her nephew for burglary, “raised my hackles and my interest like no other man I'd crossed paths with in the last decade.” Mercy is as tough as an old army boot, with a vocabulary and weapons proficiency to prove it, but she's always had it bad for cowboys. This soft spot, along with her racial identity crisis and a piled-on assortment of family-related guilt trips, leads to a contrived gee-whiz conclusion.