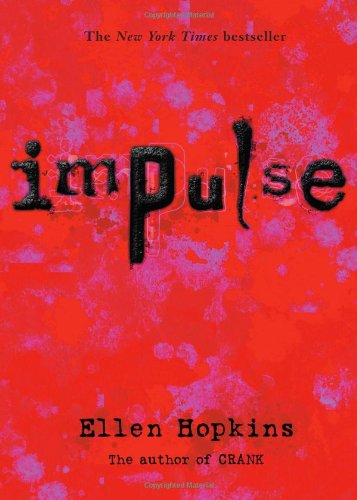 Hopkins ( ) weaves together the story of three troubled teens locked up in a psychological facility after suicide attempts, once again writing in artful free verse. Each character is full-bodied and distinct. Conner is a wealthy overachiever who had an affair with a teacher; Tony, who thinks he is gay, was locked up in juvenile detention center for years after killing his mother's child-molesting boyfriend; Vanessa is a manic-depressive who cuts herself to "hush the demons/ shrieking inside my brain." All three have attempted suicide. As they begin to open up to their counselor—and each other—they reveal an almost unbelievable amount of grittiness in their backgrounds. Vanessa, for example, found her own mother dying after an overdose and did not call for an ambulance, and had a boyfriend who "wouldn't even hold/ my hand" while she was waiting to have an abortion. But readers will find themselves invested in the characters by the time the three head to their outdoor challenge—the final piece of their program—and can finally divulge their darkest secrets to one another (Tony and Vanessa even form an unexpected romance). This is a thick book, but the free verse makes for a fast read. By book's end, readers may well feel the effects of each protagonist's final choice. Ages 14-up.