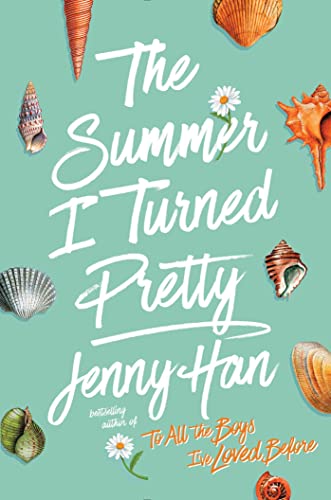 The Summer I Turned Pretty

This well-written coming-of-age story introduces 15-year-old Isabel, aka Belly, for whom summer has always been the most important time of year: it's when her family shares a beach house with her mother's best friend, Susannah, and her two sons. Like Belly's older brother, Steven, Susannah's boys have always thought of Belly as their younger sister. But this summer—“It was the summer everything began”—is different. One brother, Jeremiah, is suddenly interested in Belly, but she has always had a crush on dark and unattainable Conrad. And then there is Cam, also spending the summer at the beach, who becomes Belly's first boyfriend. Han ( ) realistically balances Belly's naïveté with her awareness of the changes the years have brought (“In some ways it was even harder being the only girl back then. In some ways not”). Anecdotal chapters of past summers are interspersed, rounding out Belly's character, her attachment to Susannah and her desire for the boys to include her. First in a planned trilogy, Han's novel offers plenty of summertime drama to keep readers looking forward to the next installment. Ages 12–up.