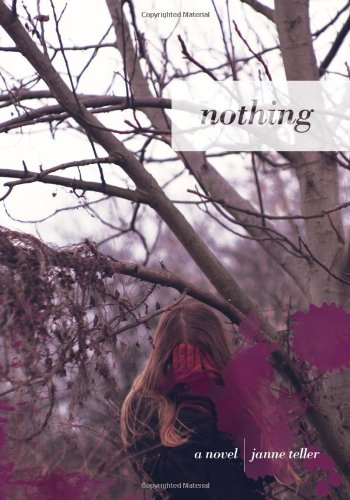 “Pierre Anthon left school the day he realized that nothing was worth doing, because nothing meant anything anyway,” opens Teller's haunting novel, a violent sequence of events sparked by a seventh-grader's decision to leave school and live in a plum tree. Pierre's fellow students are confused and then outraged by the boy's actions and taunting, and they decide to prove Pierre's philosophy wrong by creating a hidden pile of objects that demonstrate meaning in life. It starts out innocently enough, with shoes and boxing gloves, but anger surfaces. The frustration and fury the children feel, as they challenge each other to sacrifice increasingly “meaningful” things, is visceral and chilling. Soon the pile includes the severed head of a dog, the exhumed coffin of a child, and a desecrated statue of Jesus, among other gruesome objects. Sofie is forced to give up her “innocence”; Hussain gives up his faith; and Jan-Johan loses his index finger. Matters don't improve once the stash is discovered by the community either. A provocative and challenging parable about human instability. Ages 12–up.