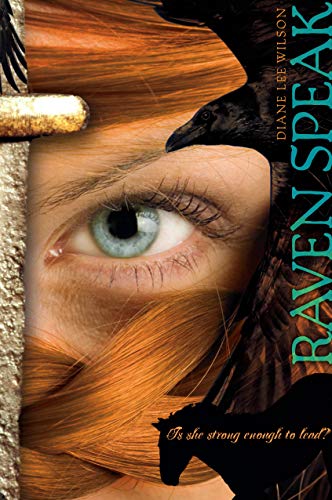 Asa's Viking clan is suffering from a winter that seems never-ending, her mother has fallen ill, and her father—the head of the clan—has set sail in a desperate quest for food. But in his absence, the clan's evil (storyteller), Jorgen, plots a takeover. Fourteen-year-old Asa escapes in the middle of the night, meeting a strange old woman named Wenda, who talks to pet ravens and helps Asa prepare to return to the clan, both to fight Jorgen and find a way for them all to survive. Multiple perspectives, including Jorgen's, round out Wilson's ( ) tale, making both Asa and the secondary characters emerge as fully developed characters—even her horse, Rune, becomes an important player, thick with personality. Although the story takes place over just a few days, Asa matures tremendously, becoming someone capable of sacrificing greatly for the good of her people. Outside of some references to Odin and , not much places the story as explicitly “Viking,” but the strength of the storytelling should keep readers rapt through the brutal but satisfying conclusion. Ages 10–14.