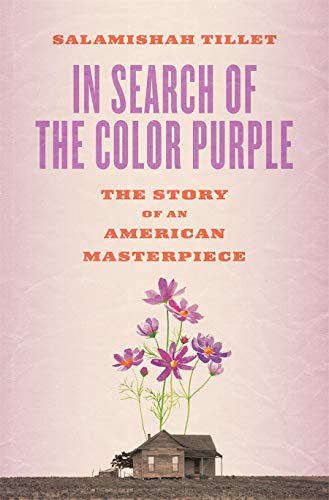 In Search of the Color Purple: The Story of an American Masterpiece

Tillet (Sites of Slavery), New York Times critic-at-large, surveys nearly 40 years of cultural grappling in this insightful account of Alice Walker’s 1982 novel The Color Purple. The novel became the first work by a Black woman to win the Pulitzer Prize for Fiction, and Tillet recounts the novel’s history, covering the controversy it stirred up when published, notably for its “use of a black dialect and its celebration of lesbianism.” Walker later came under fire, as well, for allowing the movie adaptation to be put in white hands. (Steven Spielberg directed it.) In addition to the history, Tillet mixes in her own experiences: “The novel’s main black women characters—Celie, Shug, and Sofia—have endured and emerged as guides that have imprinted themselves on me to help me heal,” she writes of returning to the novel after being sexually assaulted, struggling with an eating disorder, and contemplating suicide. Along the way, Tillet interviews Oprah Winfrey, who made her big-screen debut in the adaptation, and theater producer Scott Sanders, who persuaded Waters “that he, as a white, gay man from the Gulf Coast of Florida, was the right person to produce The Color Purple on Broadway.” Tillet’s passionate insights successfully imbue a classic novel with modern relevance. (Jan.)
close
Details