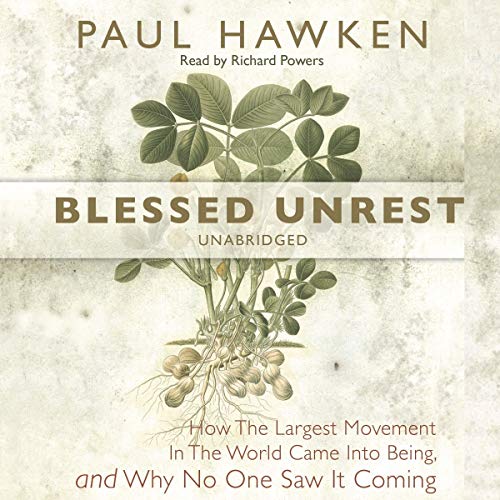 Hawken weaves together the intricate threads of what he believes is a global humanitarian movement encompassing the numerous environmental, social justice and indigenous preservation nongovernmental organizations throughout the world. Historical vignettes on major influences such as Charles Darwin, Rachel Carson and Mahatma Gandhi are included in this cumulative assessment of the movement. Hawken's words and conclusions are promising and hopeful that this amalgamated assortment of groups can produce the change needed to keep humanity prospering. While thorough in his explanation, his points and analogies sometimes fall flat for listeners not fully versed in some of the topics discussed. Garcia's narration initially works well. His emphasis and rhythm make even the most pedantic moments (such as long lists of companies and people) easy to follow. However, dozens of times throughout the book, his voice audibly shifts, particularly when pronouncing non-English words. The abruptness of these inserts is a bit shocking. Additionally, Blackstone Audio fails to make certain notes within the audiobook available (or at least easily accessible) on its Web site as the package indicates.